The 2017 IEMG Chess Games Basque were held in China, Huayane, on 15th and 16th of December 2017. The Basque section was a 5-round Swiss in which players plaied two games against an opponent simultaneously (one with White, one with Black), with a time control of 20 minutes for all moves and a 10-second increment from move 1. The prize fund was €50,000, with €11,000 for 1st place. 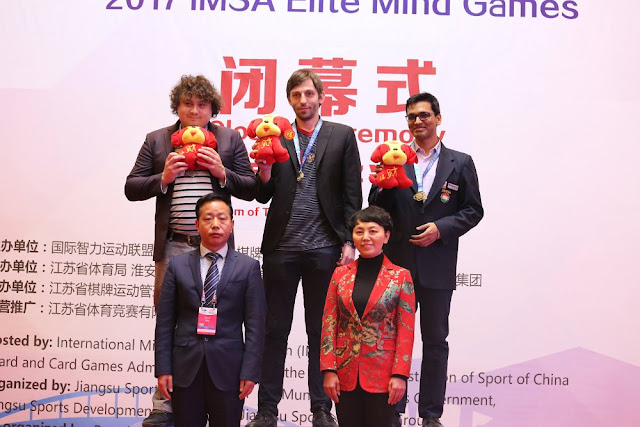 The winner among men is Alexander Grischuk


Watch back at the Mind Games Basque 2017 on ChessBomb.


In the Women's group Zhao Xue won 7.5 points out of 10 and took the gold medal defeating Mariya Muzychuk. Anna Muzychuk took the second place with 6.5 points, Katerina Lagno and Harika Dronavalli shared the third place but Lagno took the bronze medal thanks to better tie-break. 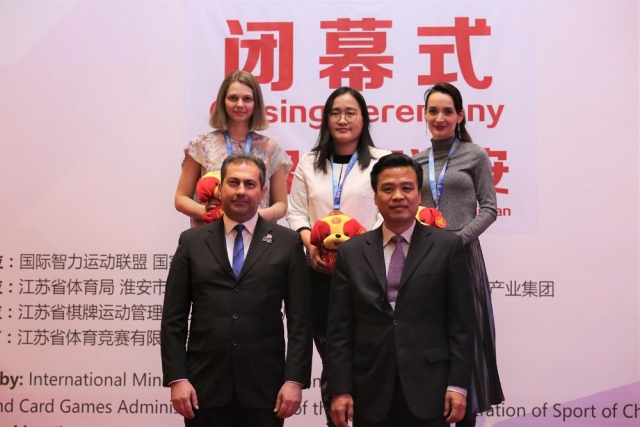 The winner among women is Zhao Xue.