Final and Decisive Round of the Candidates 2016

Today is the final round of the Candidates tournament. We are witnessing a great fight between Caruana and Karjakin for the first place and for the honour to become the next challenger to Magnus for the title of World Chess Champion! Only half a point behind them is the former World Champion Viswanathan Anand and if he wins, he can also 'have a say' in who the next challenger will be.
How will the tie-breaks work?
If either Karjakin or Caruana wins today, that player will win the tournament.
If Karjakin and Caruana draw, then we will need tie-breaks. The first tie-break rule is their head-to-head record, and with a draw they would have drawn both their games, so this is not decisive.
The second tie-break rule is the number of wins in the tournament, and there Karjakin wins with three games against Caruana's two won games.
Apparently, it is not that simple, because if Viswanathan Anand wins his game (against Peter Svidler), he will come into the tie-break pool as well.
So, of all three end up with the same score, the first tie-break rule, head-to-head record (Karjakin's record against both Caruana and Anand, Caruana's record against both Karjakin and Anand, and Anand's record against both Karjakin and Caruana), will give the first place to Caruana who has the best overall record against the other two.
So, there are two crucial games to follow today

The tournament is canceled.

Tournament information:
ChessBomb is glad to welcome you on the ChessBomb Bansko Open 2018. The tournament is taking place from 24th till 31st of March 2018 in the famous Bulgarian ski resort – Bansko. The event is open for players from all generations up to age of 6 in 2 rating groups – group A: > 2101 and group B: 1500 - 2100.

Tourist information:
Visiting Bulgaria on March will meet you with plenty of her winter charm and some great slopes for skiing and snow games. Set in the scenic Pirin National Park, Bansko is the most modern Bulgarian resort with fast lifts, the best snow record and longest ski season. The place is an unique mixture of a UNESCO World Heritage-listed historic old town, interesting nightlife and mountain peace and sports.
Weather: The climate in Bansko during March can be summarized as cool and reasonably dry. March is in the spring in Bansko and is typically the 4th coldest month of the year. Daytime maximum temperatures average around a cold 5°C (42°F), whilst at night -3°C (26°F) is normal. (source)

Venue:
The chess playing hall will be in hotel Regnum Bansko****.

Accommodation:
The organizers offer 3 hotels for players’ accommodation with special price offers for the tournament participants and accompanying persons:
Regnum Bansko*****; Hotel Bansko Spa & Holidays**** and Hotel- Zara Bansko**** all of them near ski lifts, offering ski wardrobes and wellness and SPA procedures and restaurants with rich cuisine.  Accommodation rates are in Euro per person, per night including breakfast, lunch and dinner, hotel insurance, tourist tax, 9% VAT. All prices are net.
The organizers provide special reduced tournament fee of 30 EUR for participants who stay in the preferred hotel group.

Hotel- Zara **** Bansko is located 900 m away from the Gondola cabin lift and 800 m from downtown Bansko.

Candidates 2016: How to help us broadcast the games by submitting moves


Update: Submitting moves is not necessary. Thank you all for the support!

As explained in this post, ChessBomb will not use the official site of the FIDE Candidates Tournament 2016 because we don't accept or agree to their Terms and Conditions. This means we have to obtain the moves from other sources. First and foremost, we rely on volunteers to anonymously submit the moves to us. Here is how you can do that:

By using a Tor Hidden Service, we protect the anonymity of the volunteers. We don't know their IP addresses or locations, so we can't be compelled to reveal them.
Your support means everything to us. Thank you!
Posted at 4:17 AM

Candidates 2016 to start with a controversy


On 9th March, Agon, the company that holds the rights to the World Chess Championship cycle of events, and World Chess Events Ltd., nominated by Agon as the event organiser of the 2016 Candidates Tournament, sent to ChessBomb an official letter informing us that our site “...is not authorised to broadcast the moves of the games of the Candidates tournament”. The prohibition is stated to be in force for the duration of each game and two hours after its end!
While we acknowledge and respect the copyright of audio and video materials, images, and commentary in any format (audio, video, text), chess moves have never been subject to copyright in any legal system! Once a goal is scored, or a chess move is performed, it is a fact, an event, and it can be announced, broadcast, discussed - this is the very purpose of the broadcasting of chess events! Banning sports journalists, players and chess fans from discussing the games outside of the “official” platform raises the question of whether monopoly and corporate interests should prevail over the freedom of speech and the choice of chess fans.
Is it really damaging for the sport and for the sponsors and investors, that there is a wide range of websites which offer a variety of functionalities to chess fans?! Is it really legal for an organisation, such as Agon, to bully not only broadcasters, but also journalists and chess fans, into secrecy?! These are the questions that are discussed in the chess community in the last few days.
ChessBomb joins other chess websites in the effort to protest this baseless and unilateral enforcement of restrictions and limitations. We strongly believe that this damages the popularity of the game, and undermines the efforts of the chess players and their teams by limiting the broadcasting and social media discussion of games! We welcome the views and comments of players, arbiters, chess fans!
Facts:
In the era of information technologies and the internet, it is a paradox to enforce artificial restrictions on the free flow of information - to turn what is supposed to be a widely publicised event, one of the most celebrated chess tournaments of the year, into a secured location (both on the venue and on the official website), where all involved are sworn to secrecy as if it is a military operation.
Agon makes some ridiculous claims, such as “Anyone or any organization who interferes in that (i.e. also broadcasts the moves) could be sabotaging not only Agon and its broadcast, but also potentially the future of professional chess”. This is similar to e.g. Apple claiming that Google are sabotaging not only the iPhone line, but also the future of smartphones, by making Android available. Monopoly cannot be justified by the desire of a company to maximise its profits.
As a matter of principle, we support open access to chess games. We believe chess sites should compete based on variety of features and functionality, instead of trying to create a monopoly by enforcing made-up restrictions on public-domain facts. Agon’s position clearly gives priority to corporate interests rather than to popularity of chess and the preferences of the thousands and millions of fans to choose the online platform they want to follow the games on.
For every event hosted by ChessBomb, we provide free access to the source PGN’s on request. We also always link to the official website, promote the video commentary and other materials of the organisers on social media. Users of ChessBomb often exchange links to the official website or other chess websites, which we have never aimed to restrict. These are aimed at popularising chess all over the world, attracting attention to the game, and providing opportunity for chess fans to not only view the games but also to discuss them and share their knowledge and views.
Reactions from other chess websites:

It will be Round Robin tournament 7 days, 9 rounds playing with the standard time control

Live commentary in round 10 of Tata Steel 2016 by GM Petar G. Arnaudov


Everyone is invited to participate in our
First GM and IM norms closed tournaments
to be held from 22nd to 28th of February 2016
Playing venue: Hotel Magurata ***
Belogradchik municipality

It will be Round Robin tournament 7 days, 9 rounds playing with the standard time control

***** We provide to all participants free transfer from Sofia Airport ***** 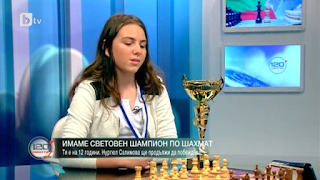 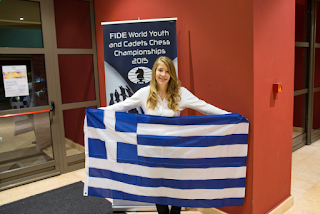 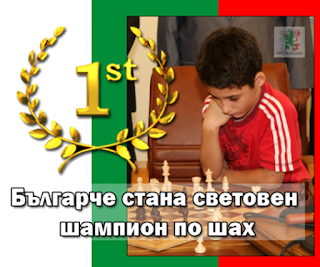