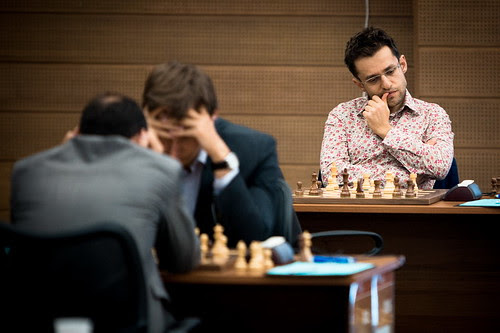 Round 4 of the Chess Candidates Tournament 2014 finished with two draws and two wins for white. Anand is still in the lead with 3.0/4 points, followed by Aronian and Kramnik with 2.5 points each.

Commentary of Round 4 games by GM Alexander Delchev