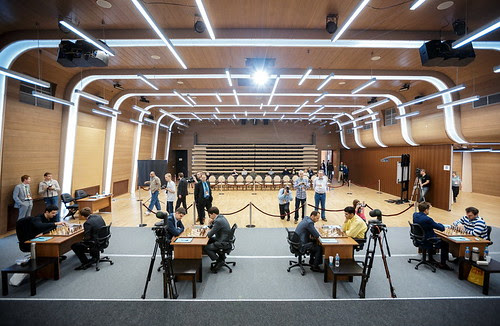 There is only one draw in the second round of the Chess Candidates Tournament 2014 which finished with wins for Kramnik, Svidler and Aronian, and a draw between Topalov and Anand.

Commentary of Round 2 games by GM Alexander Delchev


Commentary of games from round 1