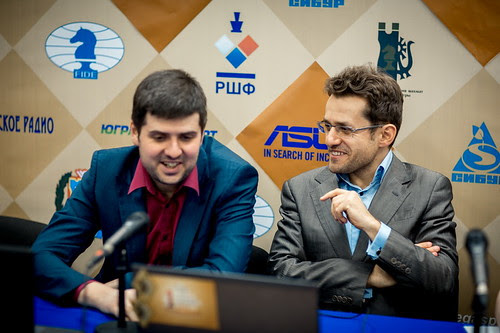 
Today's 11th round of Candidates 2014 finished with draws in all four games. Anand is keeping his leading position with 7/11 points and is the most likely candidate to meet Carlsen at the World Champion match. Three more rounds to go...

Commentary of games from previous rounds