The opening ceremony of this year's Candidates Tournament took place today, March 12, in Khanty-Mansiysk, and was attended by Natalia Komarova, Ukra Governor and Vice-President of Russian Chess Federation, and Kirsan Ilyumzhinov, FIDE President. 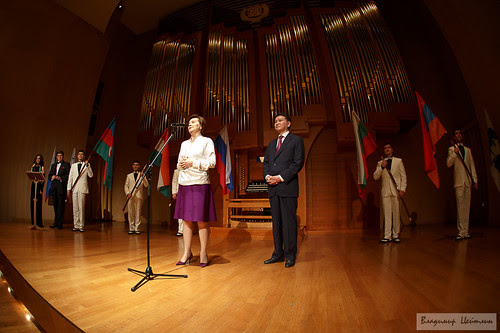 The average rating of this event is 2766.

Pairings for all rounds