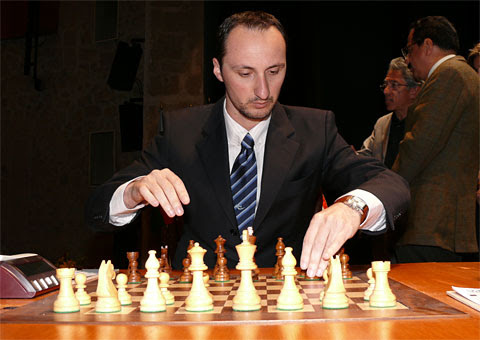 
Well, Topalov-Aronian another tough game for Topalov, who is going to play with white again. Yesterday he couldn't pose any problems to exceptionally well prepared Anand, who didn't leave his opening preparation to the very end. Aronian is a suitable opponent, considering the fact that Topalov never lost with white against him in a classical game.

However, his last win was far back in 2008 (Nanjing 2008), followed by a series of four draws. In their last encounter in 2013 from the First round of the European Team Championship, Topalov having white opted for 1.c4. Soon Aronian eliminated all white hopes for advantage and in the end he was even thinking about more. In the other game from 2013 was Nimzovich defence (4.e3). Topalov forced the issue with early break d4-d5 but got nothing after the new move by Aronian which gave him an equal endgame.

Aronian opening repertoire is narrow but very well worked. His Berlin defence is nearly unbreakable,but he lost twice in 2013 in Antimarshall lines Against 1.d4. he is playing Queen gambit declined and Slav defence. Interesting and slightly unusual is the fact that Topalov never played 1.e4 against Aronian. Maybe round 3 is the right time, considering that in the first Aronian lost against Anand exactly in Ruy Lopez. Aronian is coming back on track after his easy win against Mamedyarov. It is just enough to recover the fighting spirit and his self confidence.

But in my opinion Aronian will choose something solid tomorrow. 1.e4 e5 is less possible and it shouldn't worry too much Aronian who will most probably play his beloved Berlin. 1.d4 would be the choice of Topalov and I am curious to see what he prepared during his five months absence from the tournaments.