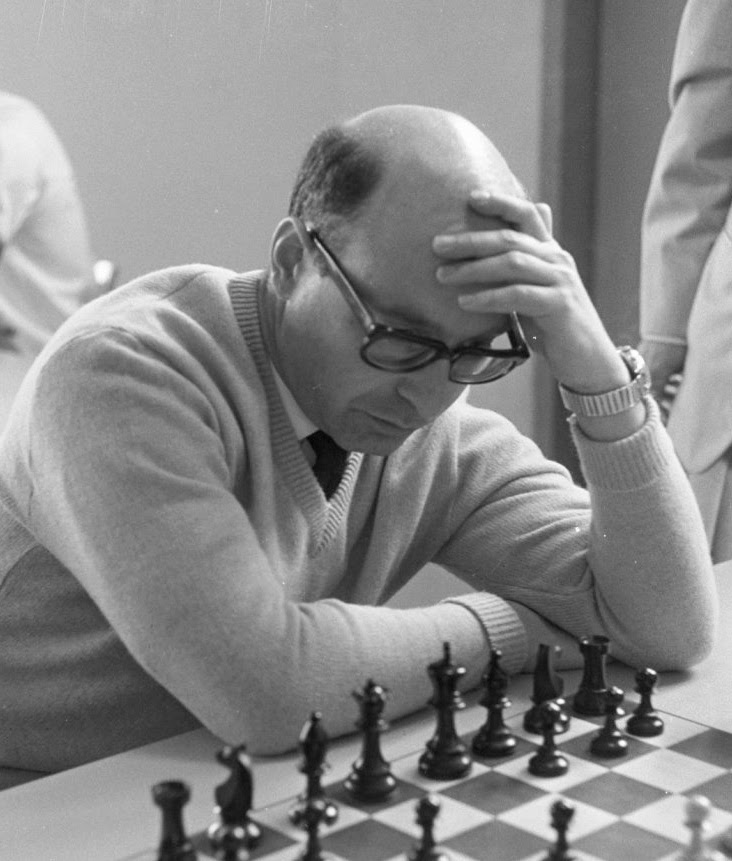 David Ionovich Bronstein (February 19, 1924 - December 5, 2006) was a Ukraine-born Soviet chess grandmaster, one of the world's strongest players from the 1940s until the 1970s. Bronstein was described as a creative genius and master of tactics. He was also a renowned chess writer.

He narrowly missed becoming World Chess Champion in 1951, and is considered among the greatest post-war players not to have won the World Championship (like Paul Keres, Viktor Korchnoi and Akiba Rubinstein). He drew the 1951 challenge match for the title of World Champion by a score of 12-12 with Mikhail Botvinnik, the reigning champion. Each player won five games, while the remaining 14 games were drawn, and under FIDE rules, the title remained with the holder. There have been rumours that Bronstein allowed Botvinnik to win either due to pressure from the Soviet authorities or for personal reasons, but these allegations have never been openly confirmed.

David Bronstein wrote many chess books and articles on his pioneering theoretical and practical work, as well as on chess history, most notably the book "Zurich International Chess Tournament 1953" (English translation 1979) dedicated to the legendary Candidates Tournament in Zurich (won by Vasily Smyslov, followed by David Bronstein, Paul Keres and Samuel Reshevsky) which was the last qualification step for the 1954 world championship match against Mikhail Botvinnik.

David Bronstein Memorial is organised by the Belarusian Chess Federation and is commemorating the 90th anniversary from the birth of the famous Grandmaster.