Today was the forth round of Zurich Chess Challenge 2014, again with very strong games, all with decisive outcome. Magnus Carlsen leads with 7 points after defeating Caruana, and Aronian is second with 6 points. 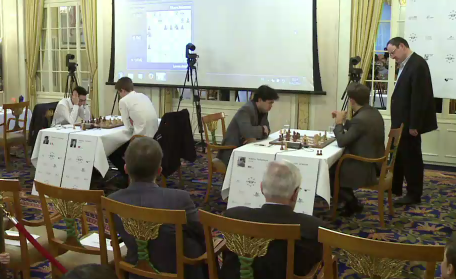 Tomorrow we will see the first match between Anand and Carlsen after the World Chess Championship 2013 last November (excluding the blitz in the first day of Zurich Chess Challenge won by Carlsen).