Our aim is to provide LIVE commentary on most of the games between Anand and Carlsen in their fight for the title of World Champion. Our distinguished commentator GM Alexander Delchev provides live commentary on the game in round 7. 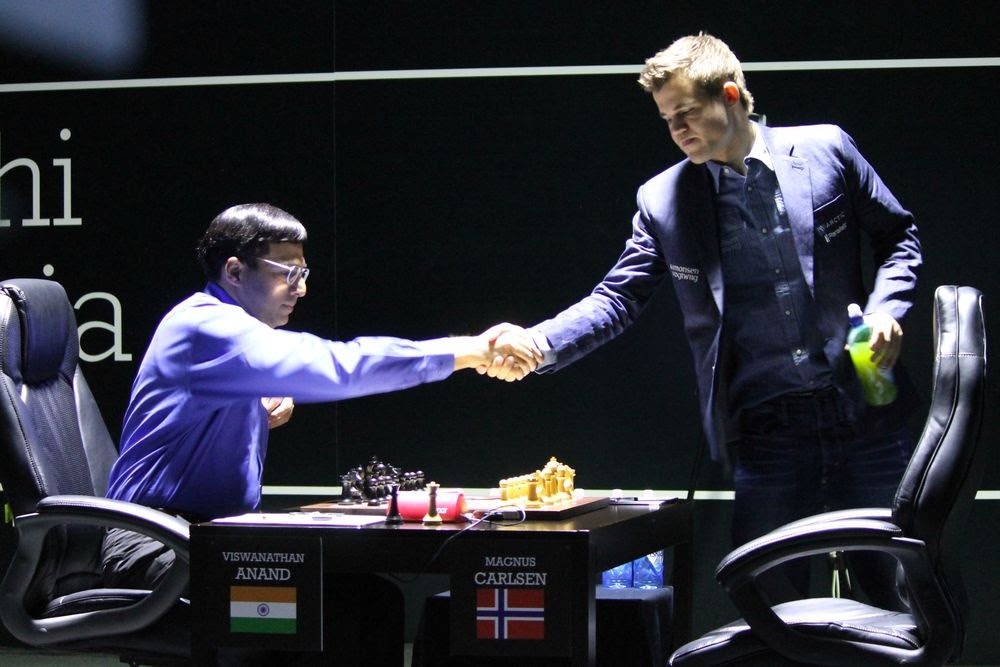 Round 10: Anand - Carlsen
Today's game was very interesting, Carlsen boldly challenged Anand even when in the match situation draw was good enough. Anand went for a very unpleasant new idea 12. Bg5 but Carlsen was again well prepared. With very tough defensive moves he neutralized white's initiative and went on to draw comfortably. With only two more games left, he can feel his task almost completed and I don't believe Anand will be able to equalize in the last games... See more