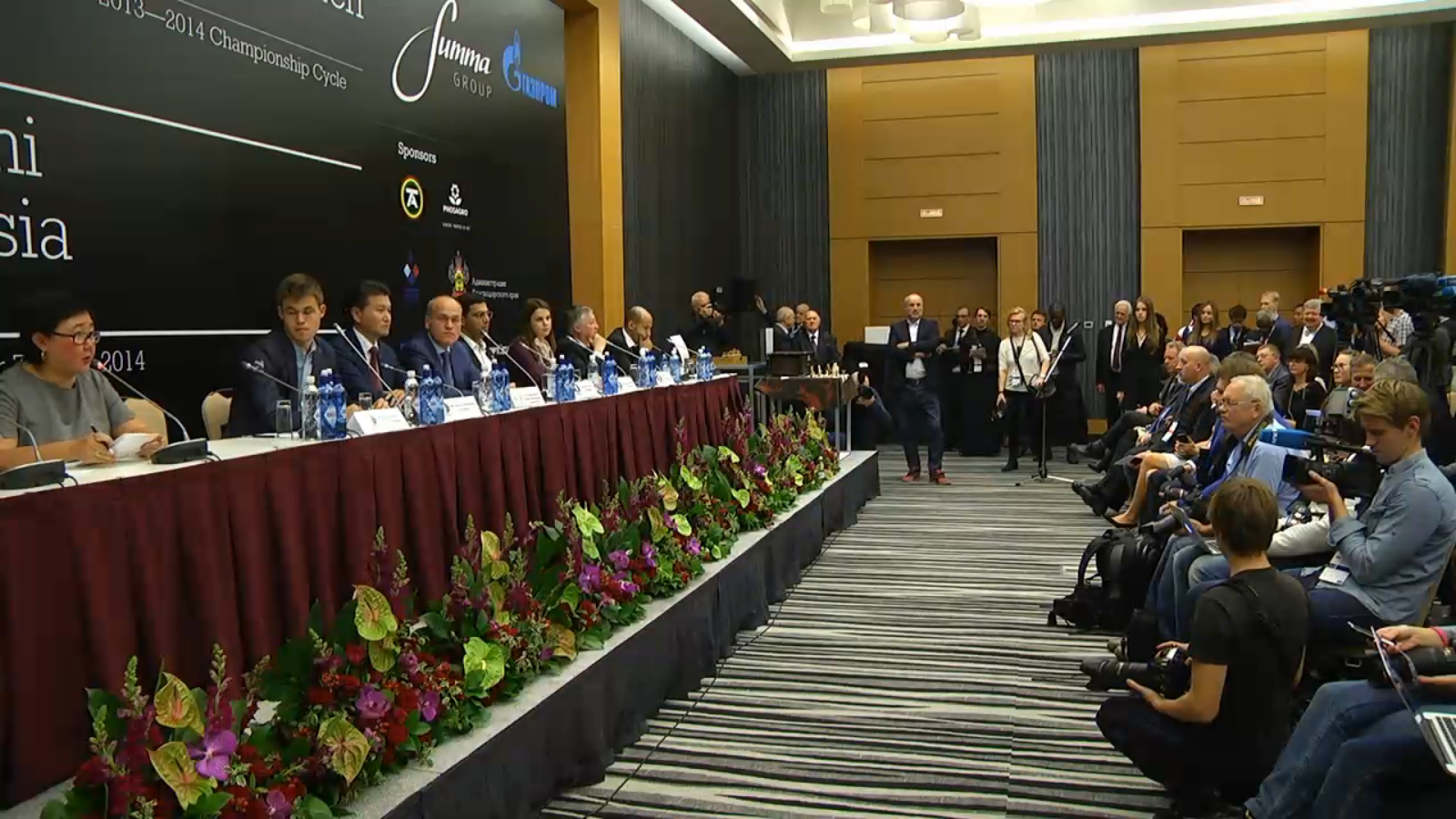 The official opening ceremony of the World Chess Championship match between the reigning champion Magnus Calsen (Norway) and the challenger and former World Champion Vishwanathan Anand (India) took place at the Congress Hall of the Radisson Blu hotel in Sochi on November 7th, 2014.

After the ceremony, the Chief Arbiter of the match Andrzej Filipowicz (Poland) called for the drawing of lots. In the first game Vishwanathan Anand will play with white. The first game of the World Chess Championship match takes place November 8th, at 3 pm local Moscow time.

A total of 12 games will be played with classical time control: 120 minutes for 40 moves, then 60 minutes for 20 moves, and then 15 minutes plus 30 seconds per move for the rest of the game. If the match is tied, the tie-break with quick time controls will take place on November 27th.

The Opening Press Conference followed the Ceremony on 7th November 2014. Among the officials were FIDE President Kirsan Ilyumzhinov and Russian Chess Federation President Andrei Filatov, but there were also numerous World Champions, including Boris Spassky, Alexandra Kosteniuk and Anatoly Karpov.

Carlsen: Thanks for having me here in Russia. I’m looking forward to start the match and thanks to all the people who are here for being here.

Anand: I’d like to thank everyone who made this event happen here in Sochi. I’ve enjoyed the week here and I’m looking forward to the match starting.

Peter Svidler and Sopiko Guramishvili, both elite level chess players, will be the English voices of the 2014 World Chess Championship match.

Peter Svidler and Sopiko Guramishvili are going to be the lead hosts at the upcoming match in Sochi. A number of special guests will also join the studio conversation. One of them will be Vladimir Kramnik, the undisputed World Chess Champion from 2006 to 2007. Also, there will be Russian language commentary provided by Sergei Shipov, Ilya Smirin and Alexandra Kosteniuk.