The unique style of Vugar Gashimov: selected games with annotations 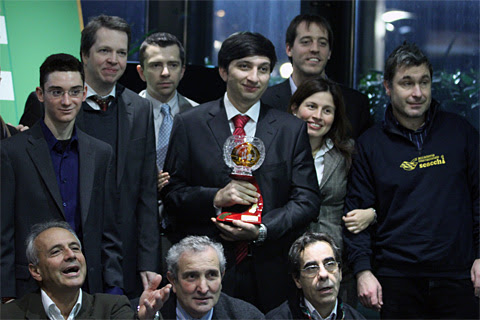 In the free day during the 2nd Gashimov Memorial Shamkir Chess 2015, lets see a selection of games which demonstrate the exquisite style of Vugar Gashimov, for which he was considered to be one of the most talented chess players of recent times.

Selection made by GM Alexander Delchev.

GM Alexander Delchev: Gashimov was a genius - he had an amazing positional understanding and foresight. It is quite sad that he died so young and at his peak. His play was dangerous - he could have successfully challenged Anand, Caruana, Carlsen, Topalov, Aronian, Nakamura...


A game from World Cup 2009 against one of the rising stars Fabiano Caruana (commentary: GM Alexander Delchev)