The elite Group A at the St Louis Winter Classic 2017 Tournament  offered us a very strong and at the same time a very young team. All the 10 grandmasters, with no exception, are chess talents with promising future, who fought in the uncompromising battle. The winner of the tournament became clear at the last moment  literally. Another surprise for us is the relatively weak performance of the representatives of the hosts. The teen stars Jeffery Xiong, Samuel Sevian and Ruifeng Li played below their usual level. The first two in a few days are taking part in a trial of the extremely strong U.S. Championship.
As a sole winner in the very strong Aeroflot Open 2017 which ended before more than two weeks, the Russian top GM Vladimir Fedoseev, after the unexpected lost in the 1-st round, was moving confidently almost until the end of the tournament. Obviously in an excellent shape he took precedence over his pursuers - David Howell and Alexander Ipatov with a half point before the last round.
In order to catch up Fedoseev, who had the white pieces against Samuel Sevian, Howell and Ipatov had to win their games with the blacks in the last round. Ipatov didn’t cope with this task and after an unconvincing performance became victim of Peru's GM Emilio Cordova, who made an excellent game.
Vladimir Fedoseev didn’t manage to impede the militant Sevian in а modification of Benoni, harmless for the white. Taking advantage of some inaccuracies of the Whites, Sevian developed a very strong initiative: 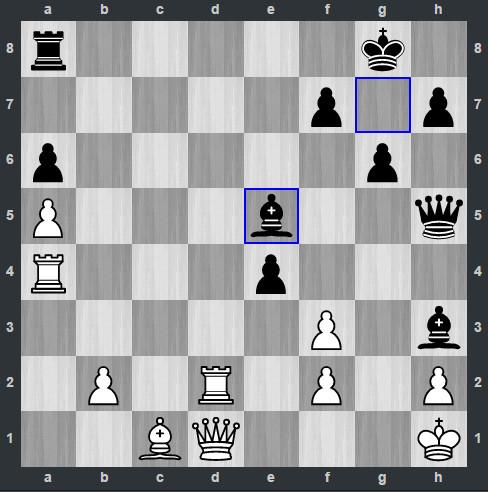 Position after 26…Be5!
Further, the maximum that Vladimir managed to do, was to go into the hopeless endgame.
That’s how the intrigue for the first place remained to be decided in the game between Ruifeng Li and David Howell. The English grandmaster got even with ease, and took advantage of some incorrect decisions of his opponent: 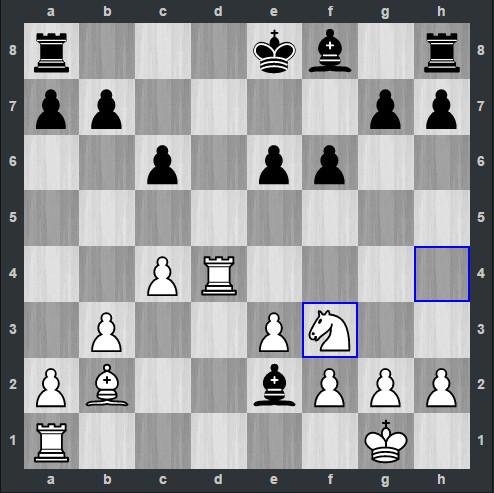 After 18…Bb4, the Whites fell in the trap. The lesser evil for the Whites was to exchange sacrifice for a pawn, which doomed them to a long and unpleasant defend. The position was close to a draw for a long time, but the persistence of Howell prevailed and in move 129 Li was forced to surrender and to congratulate his opponent with the victory in the tournament.

Follow the tournament live on ChessBomb
Posted at 1:39 PM