The Plovdiv Festival from the ChessBomb Tour 2017


The second festival from the ChessBomb Tour chain in Bulgaria begun on 3rd of June 2017 in Plovdiv. The organization of a chain of chess tournaments, outside, in the central gardens of Sofia, Plovdiv, Varna and Burgas, is an unique initiative for Bulgaria. The main sponsor of the event was the ChessBomb portal. The goal of the ChessBomb community is the popularization of the chess game by broadcasting online chess events with real-time computer engine analysis, by organizing tournaments, by encouraging the in-school and after-school chess programs. The ChessBomb team (the chess portal Chessbomb.com and the chess club ChessBomb - Plovdiv) is striving to update and modernize the chess tournament standards.
The unfavorable weather forecast did not frighten the organizers again and they choose plan B - change of the planned place. The magnificent chess festival took place in the spacious hall "Bulgaria" at the Congress Center of the Plovdiv International Fair. The guests at the official opening, which began at 14.15, were the Minister of the Culture Boil Banov and the youngest deputy Teodora Halacheva. 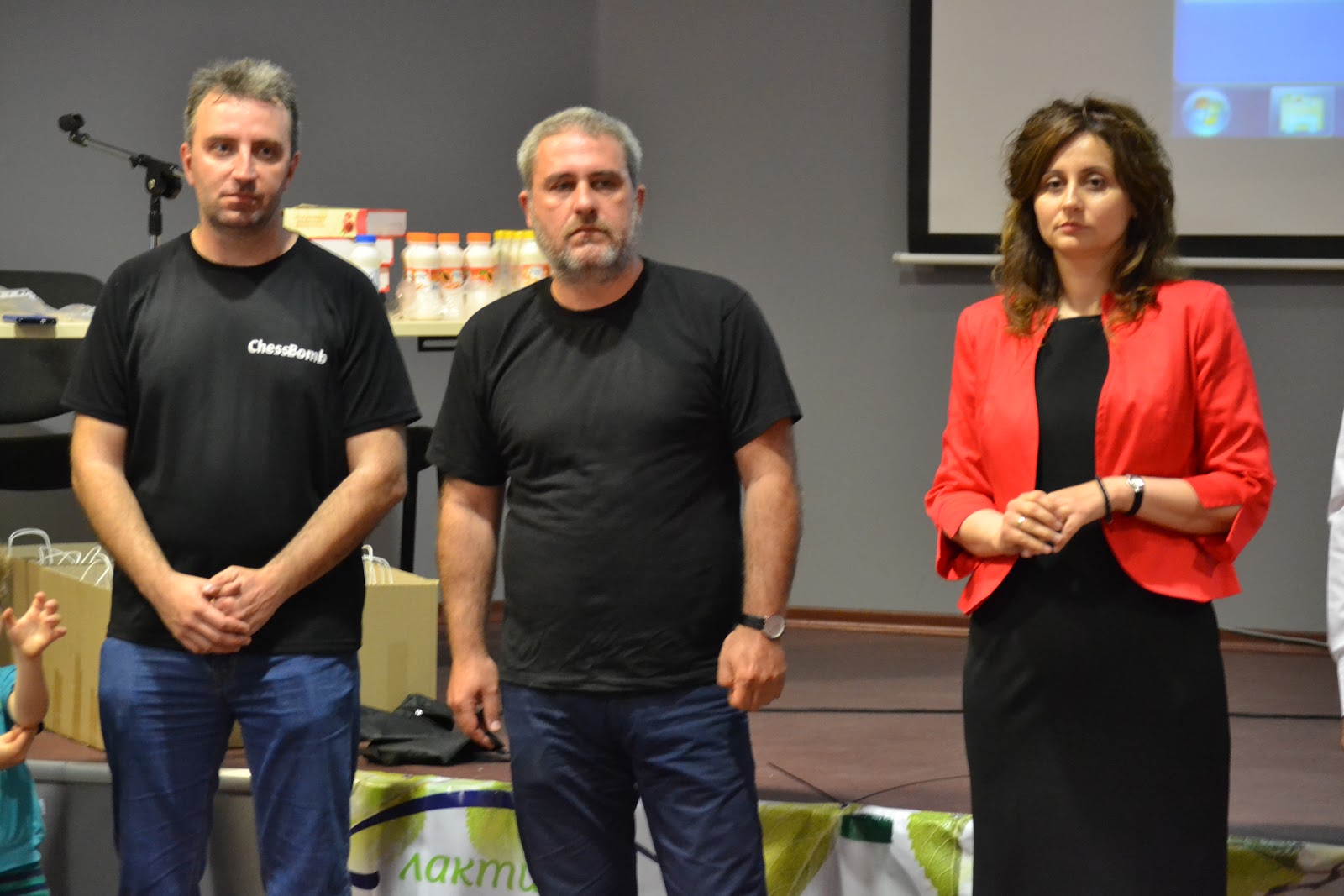 Minister Banov, a long-time chess fan, made a first symbolic move in the tournament and gave the start of the fight between GM Alexander Delchev and Krassimir Brankov. In the three tournaments of the Chess Festival: A - professionals (chess rating over 2100), B - amateurs (chess rating under 2200) and B - children (up to 16 years) took part almost 130 players from all ages. Many guests parents, coaches and chess fans watched the show and had fun. The Chess Race was held in 9 rounds on a Swiss system with 5 minute play control per competitor, with 3 seconds added.
Before the start of the competition, the small participants took part in a chess quiz in which which Simeon Todev had great success.
Thanks to the sponsors - Waffle Heli, Lakima Balkan and Spring water Bachkovo the participants were supported with mineral water and treats. 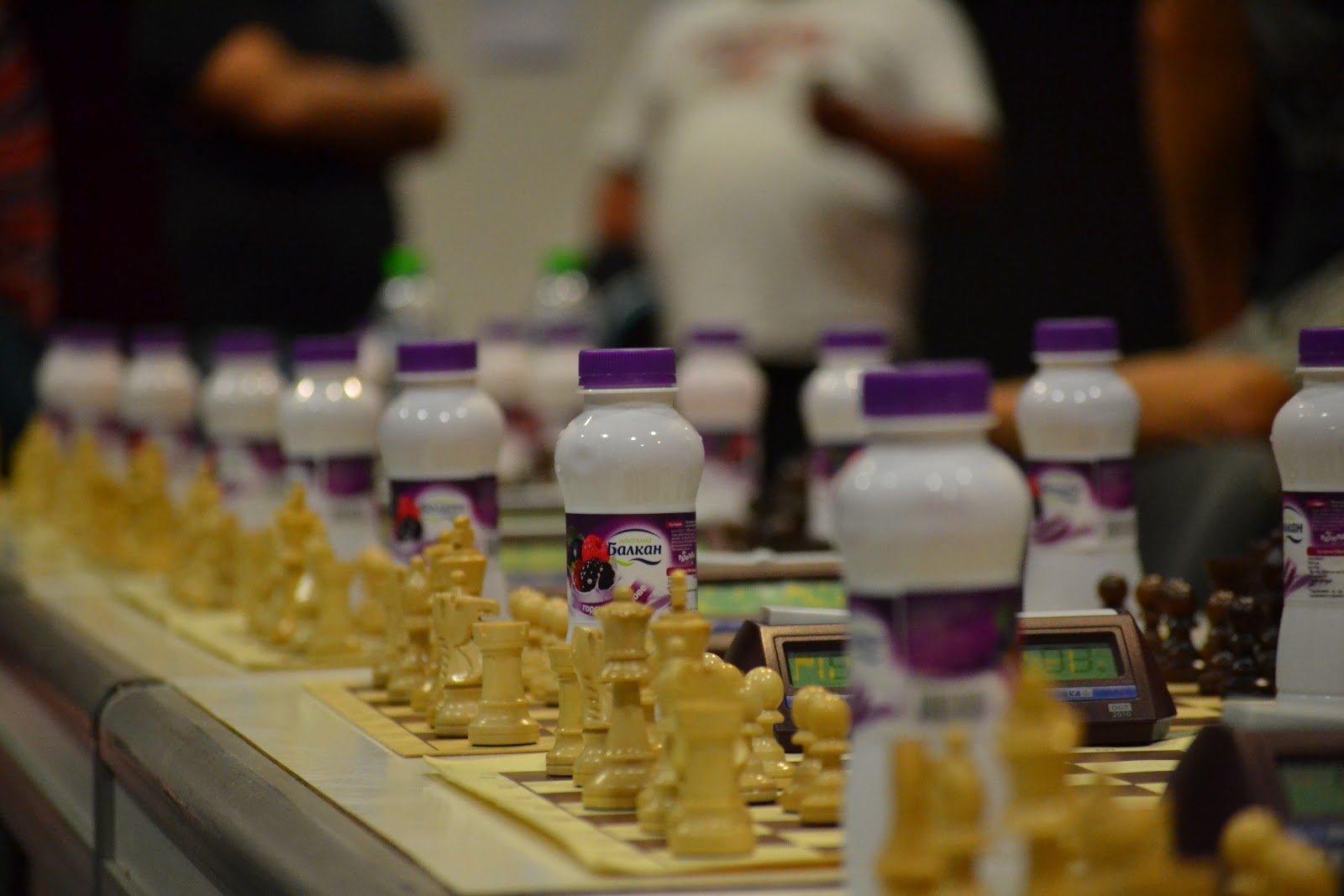 In the breaks between the games was organised a funny lottery in which the cosmetics company "Refan" presented gift sets. The Sofia taxi company "Taxi star", which offers a convenient mobile application, guaranteeing the quality of their taxi services, donated everyone with free trips. Ev-interational company handed out coupons for free cleaning and broadcasted their promotional demonstration on the break before the awarding ceremony. 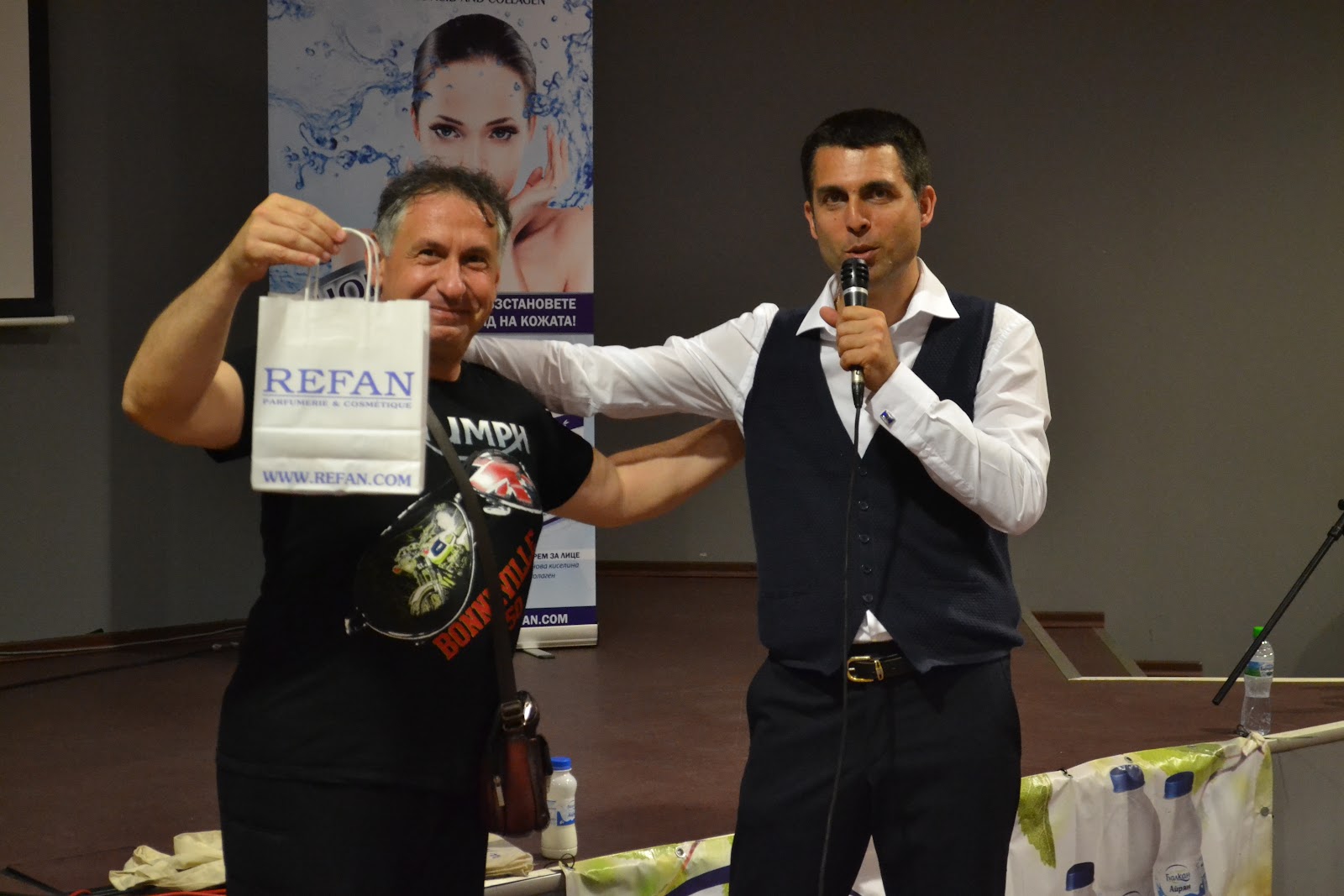 In the star's tournament took part 22 players from 4 countries - Bulgaria, Croatia, Russia and Serbia. 5 of them were grand masters and 6 - international masters.The winner became GM Kiril Georgiev with 7 points out of 9 possible and without any loss. The second and third place won Alexander Delchev and MM Vyacheslav Tilichev with 6.5 points each. 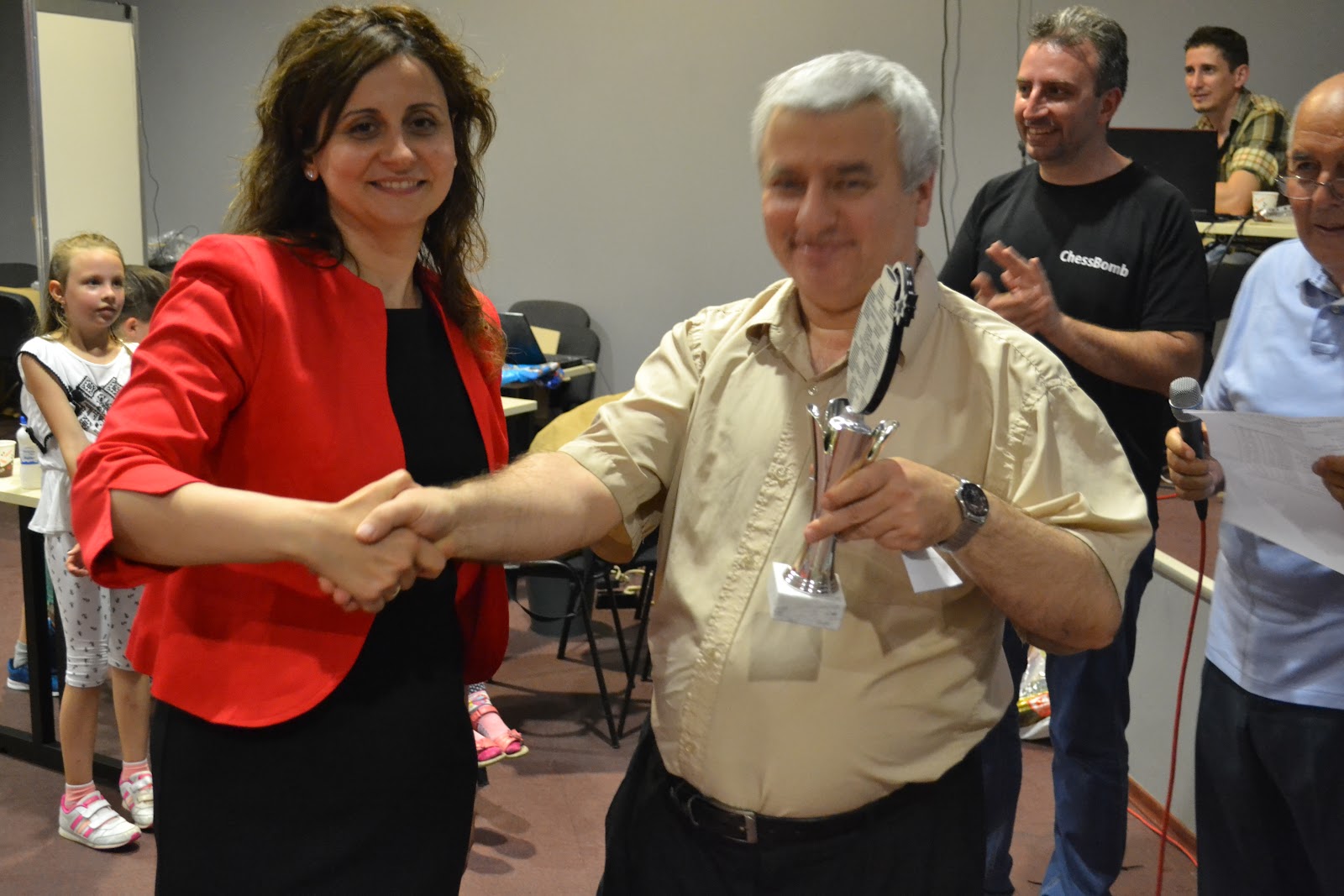 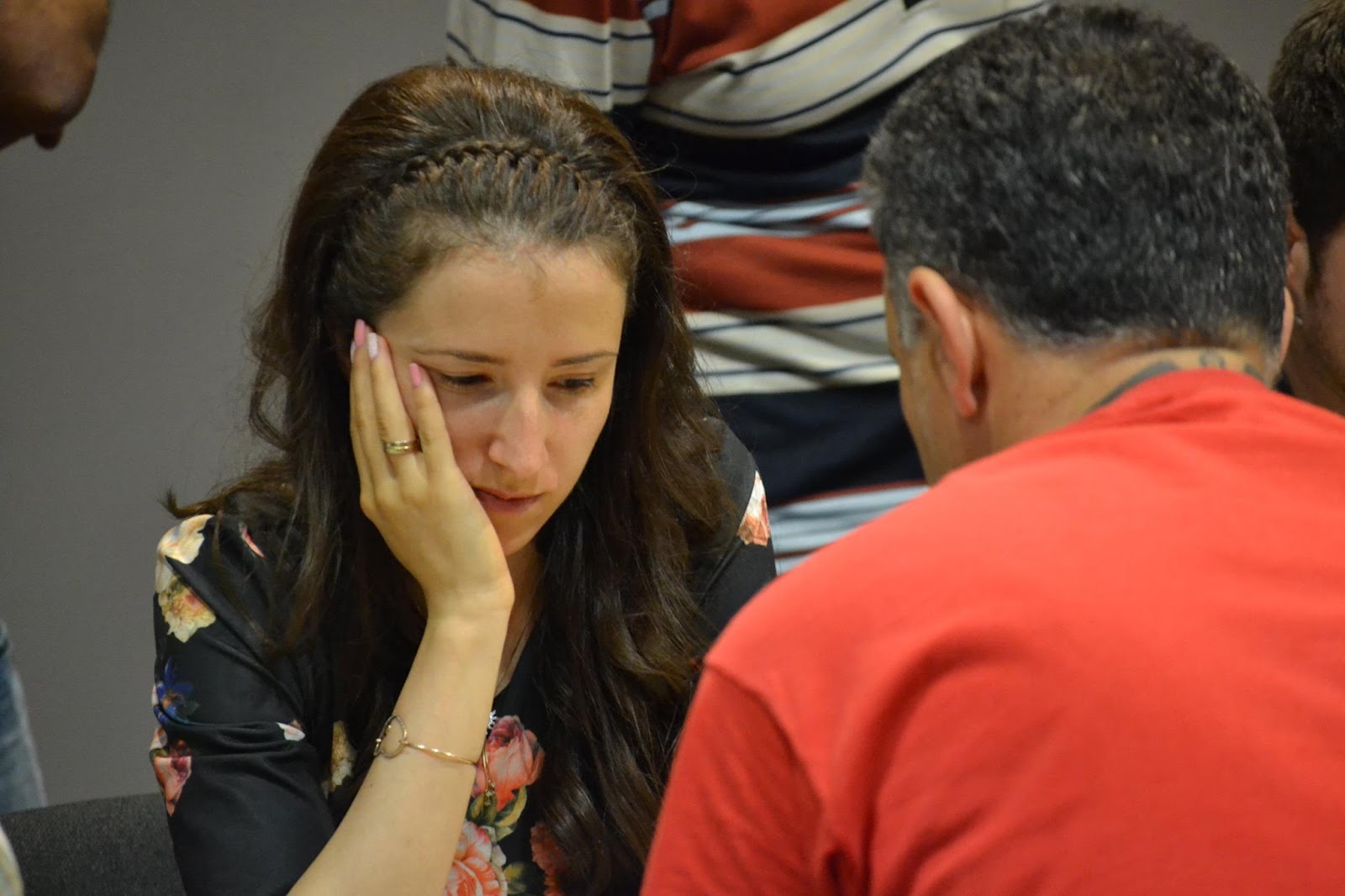 The most numerous group was B - the amateur tournament in which 56 chess players took part. 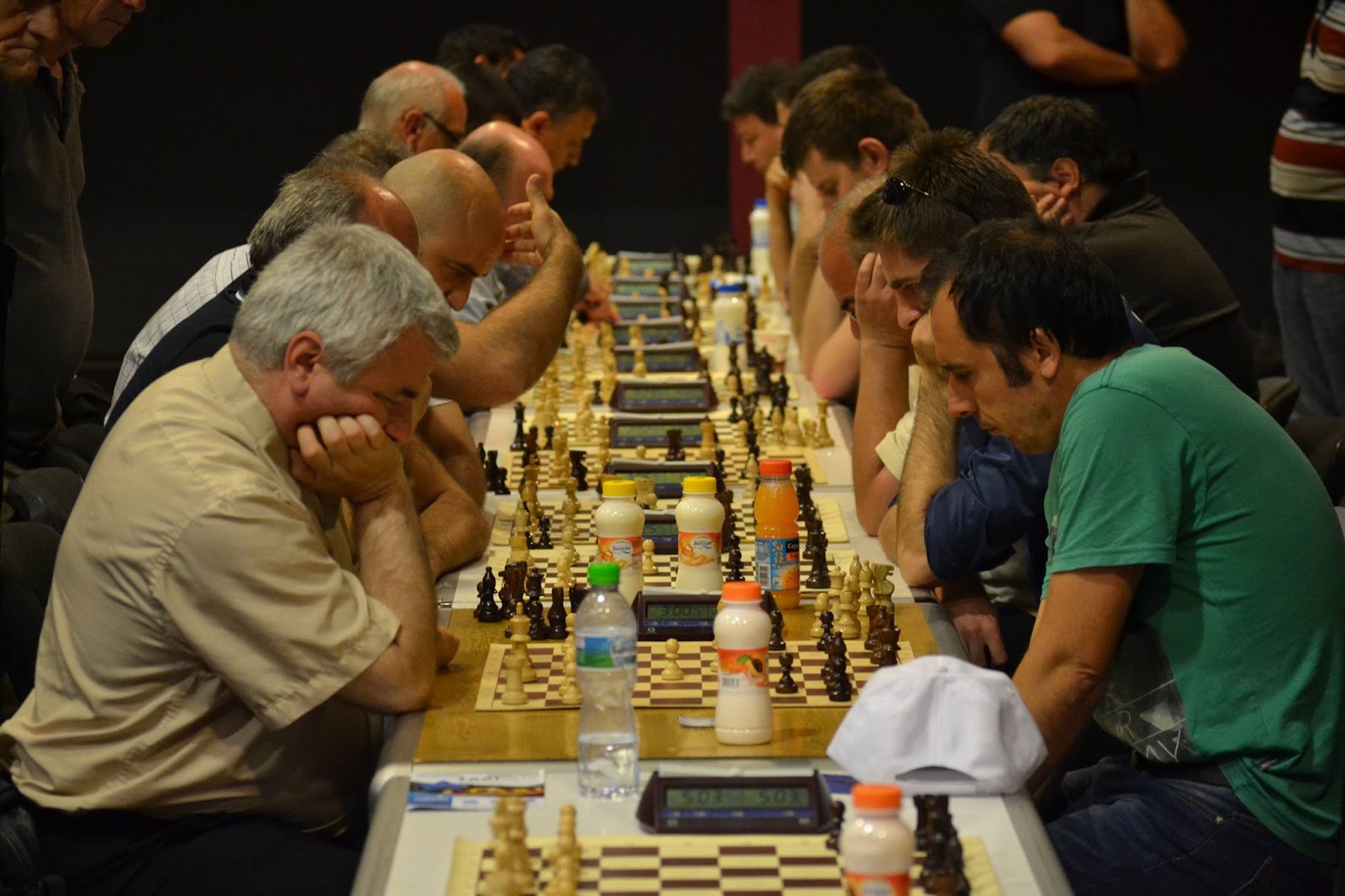 The victory in this group convincingly won the Russian Victoria Bouhteeva, a competitor and a coach of CK "Burgas 64" with 8 out of 9 possible points. The young chess hopes - Gabriela Antova and Tsveta Galunova, who ranked 6th and 9th respectively in the general ranking played excellently. The special award for seniors won Tsetsko Todorov and Hristo Petkov. 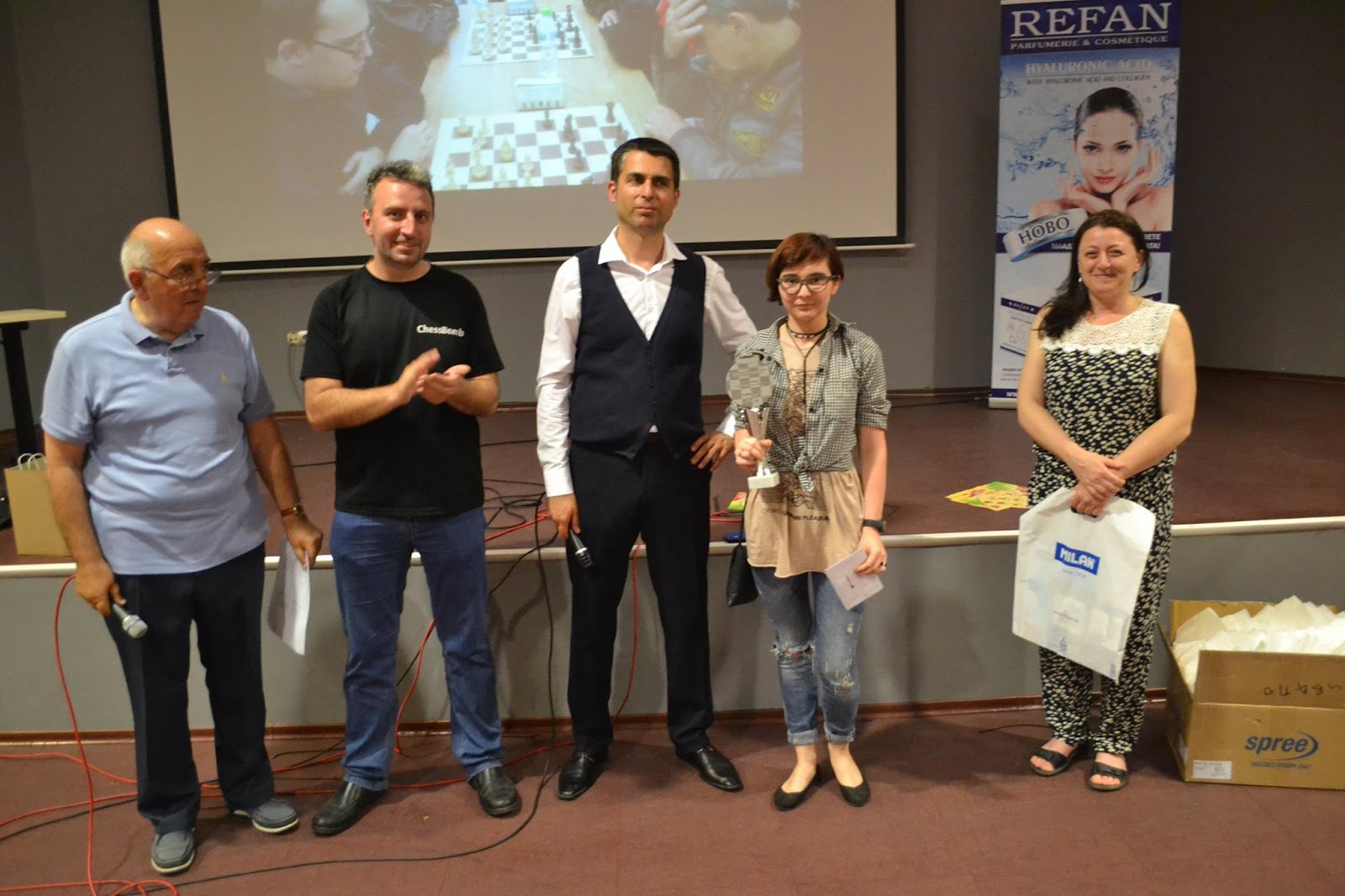 The winners of Tournament A and Tournament B, except for the money awards, took also a ChessBomb cup made by ART-line Ltd. - Plovdiv. In the most emotional group - Tournament B for children up to 16 years participated in 46 players. The big prize - Asus laptop won Stoyan Stoyanov from Asenovgrad with an impressive score of 8 out of 9 possible points.
Convincingly, with 8 points Stoyan Stoyanov from Asenovgrad took the big prize - a laptop. 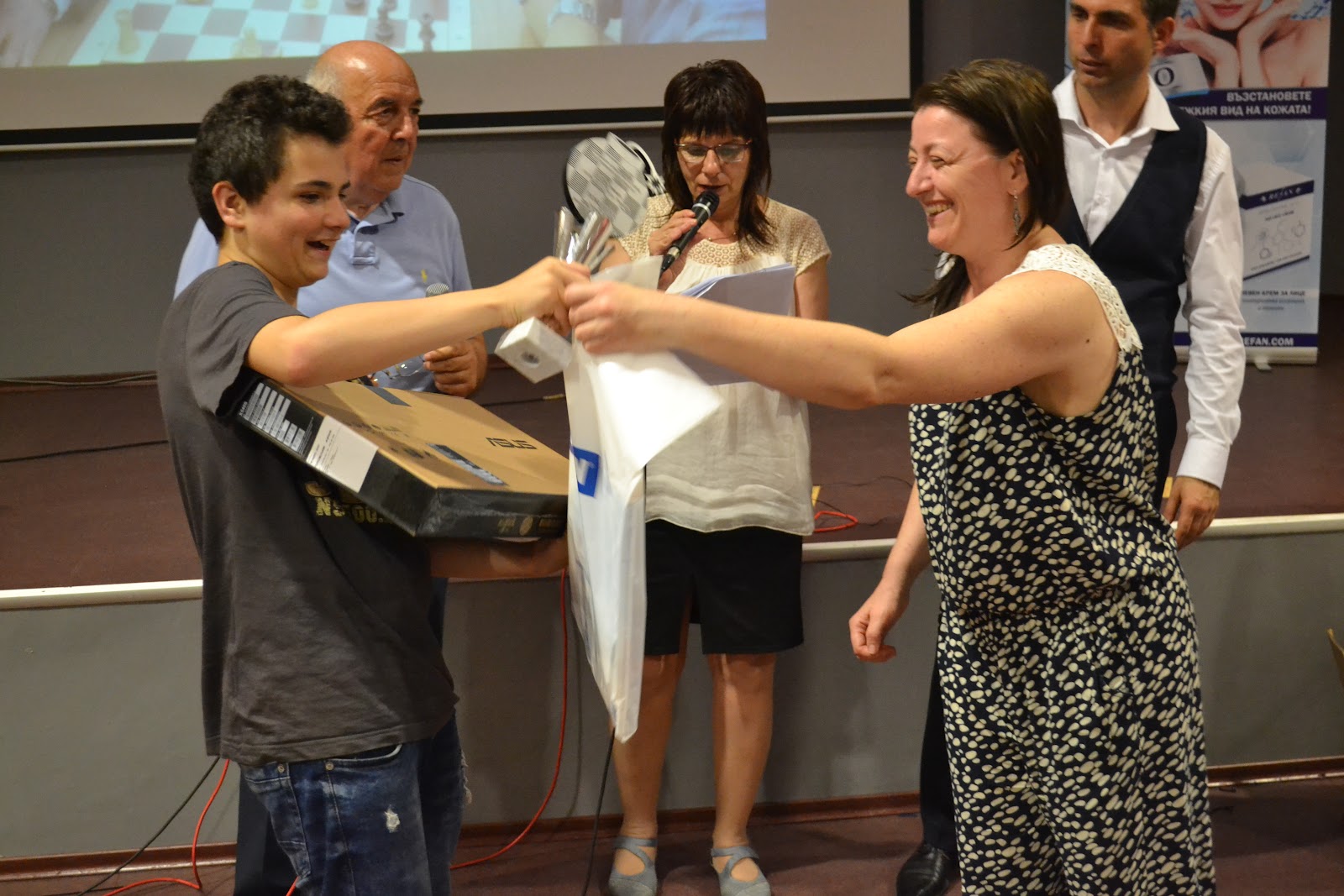 The second place and a smartphone won the Plovdiv star and a multiple champion of Bulgaria - Victoria Radeva. 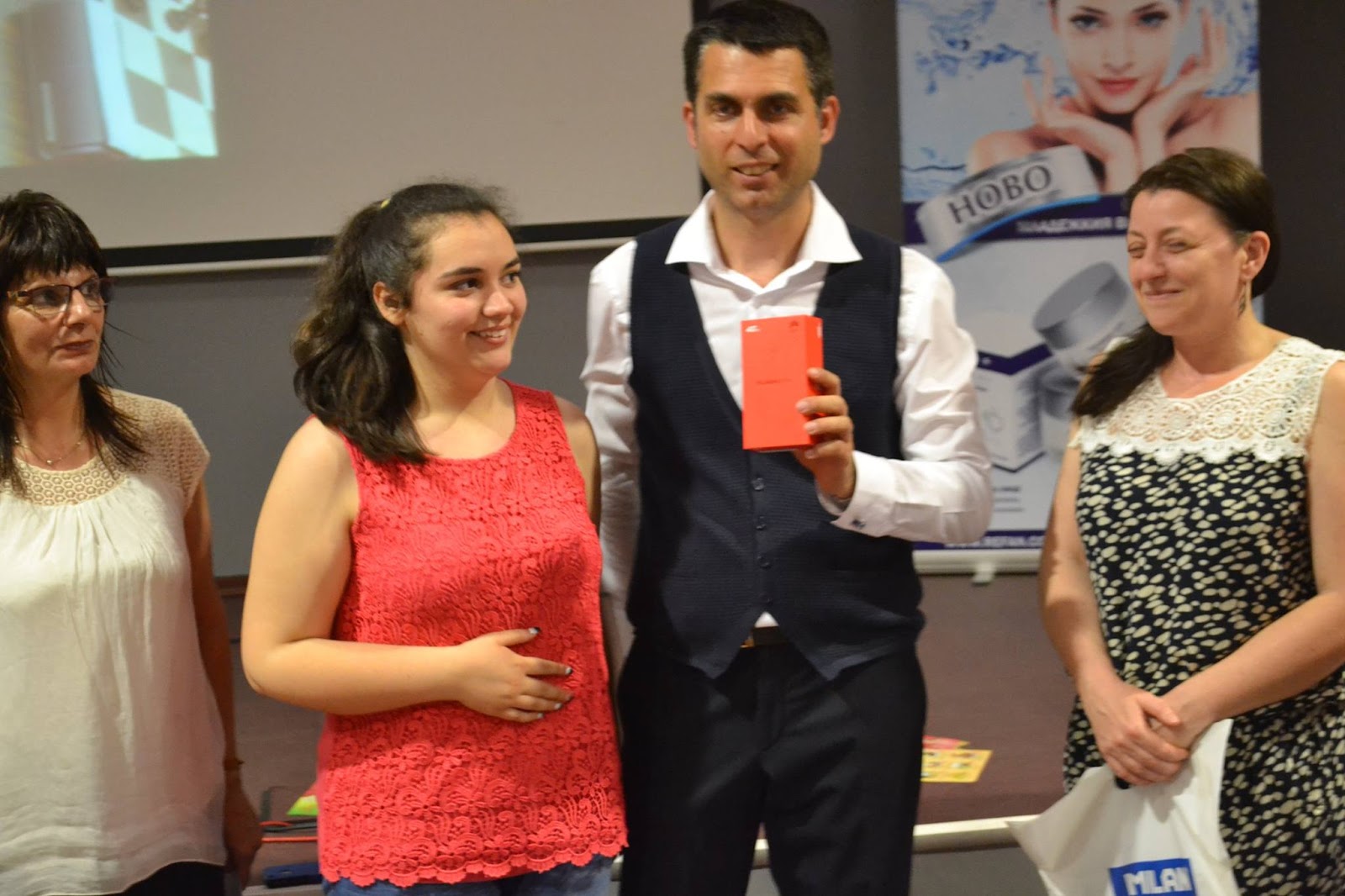 She led up to the last round, but at the end the ChessBomb - Plovdiv republican champion in the group of 16 years old - Ivan Kociev prevailed. 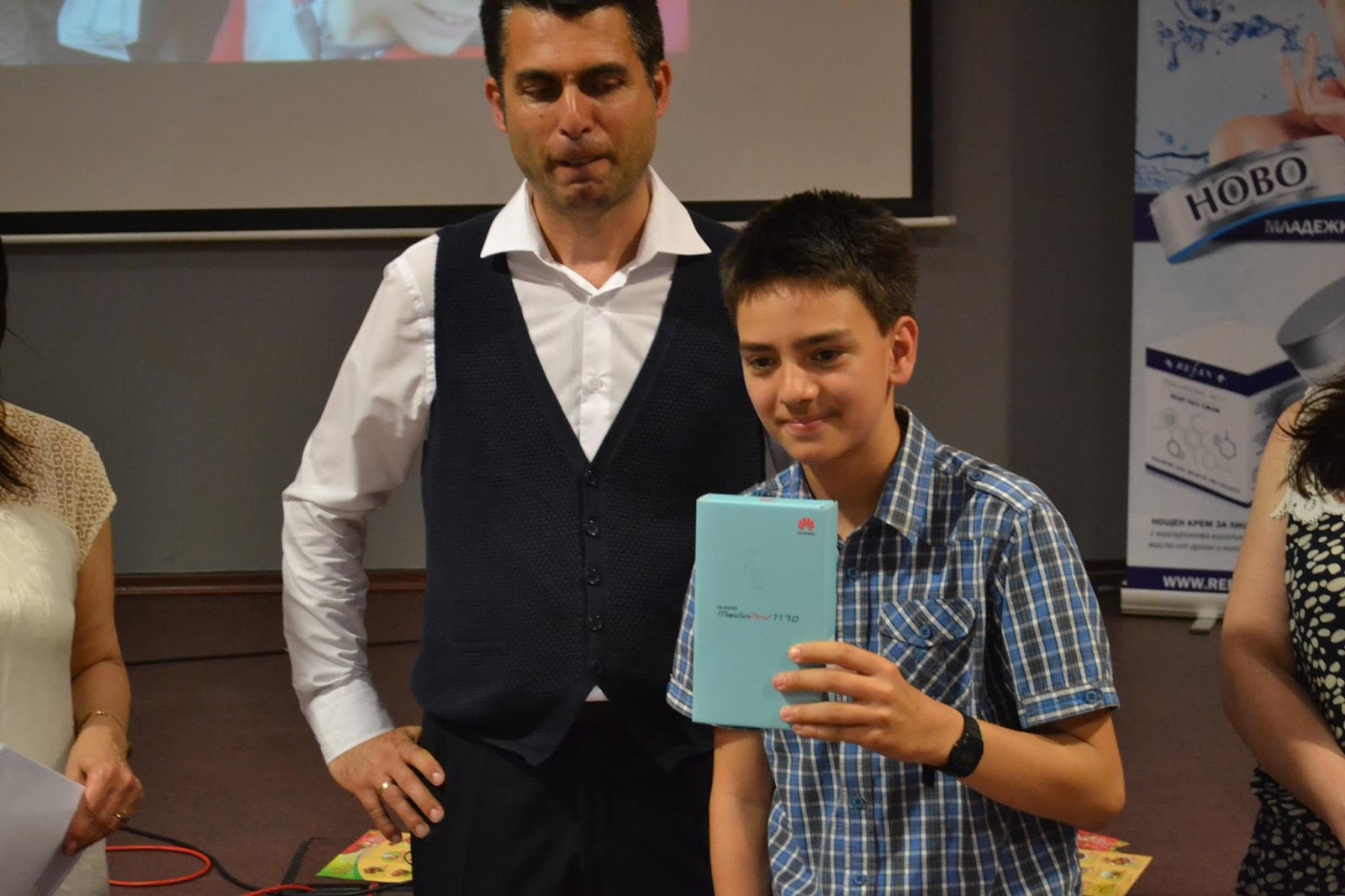 He took the third place and a tablet Huawei.
All young chess players were awarded. They choose their prizes from an improvised gift bazaar. 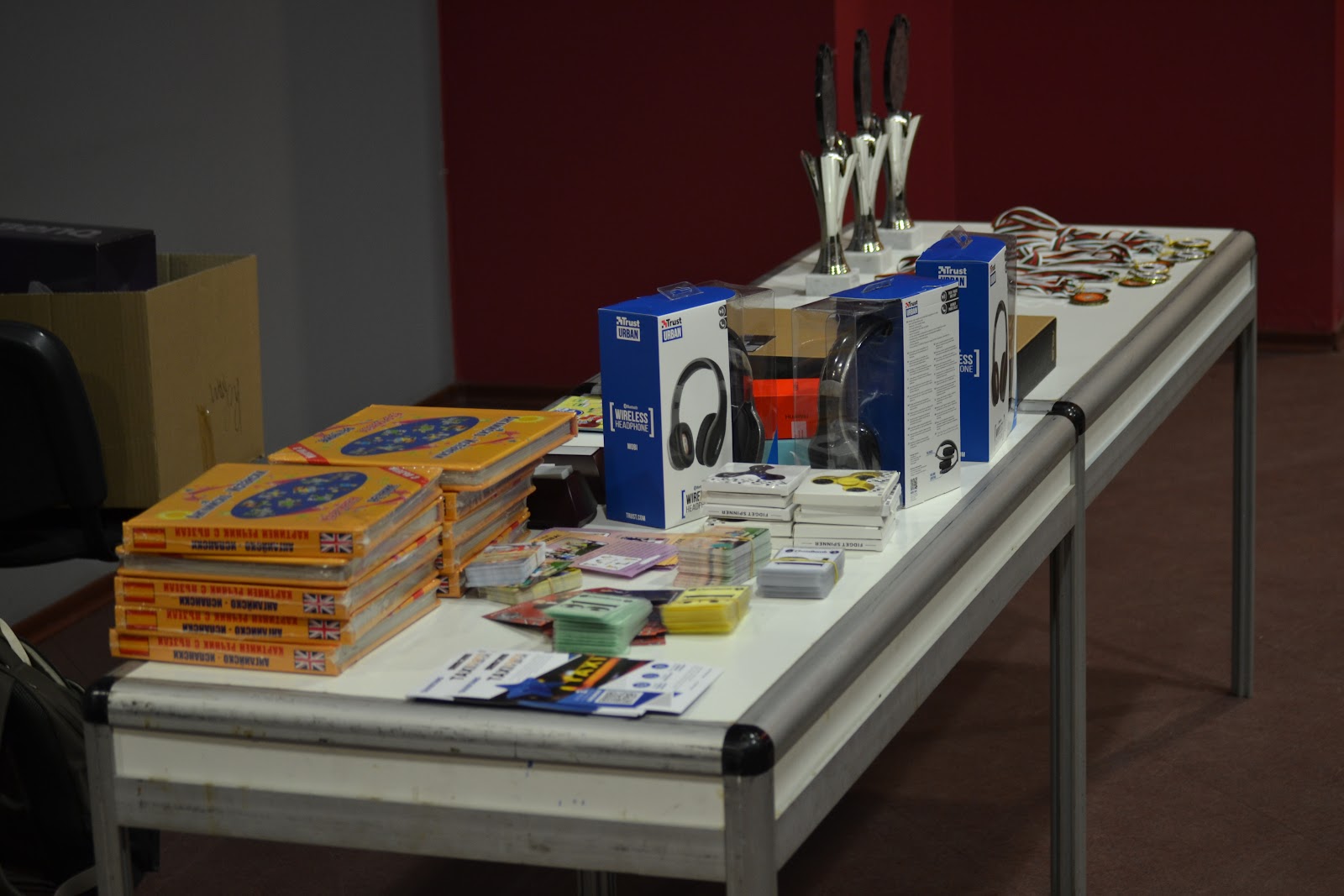 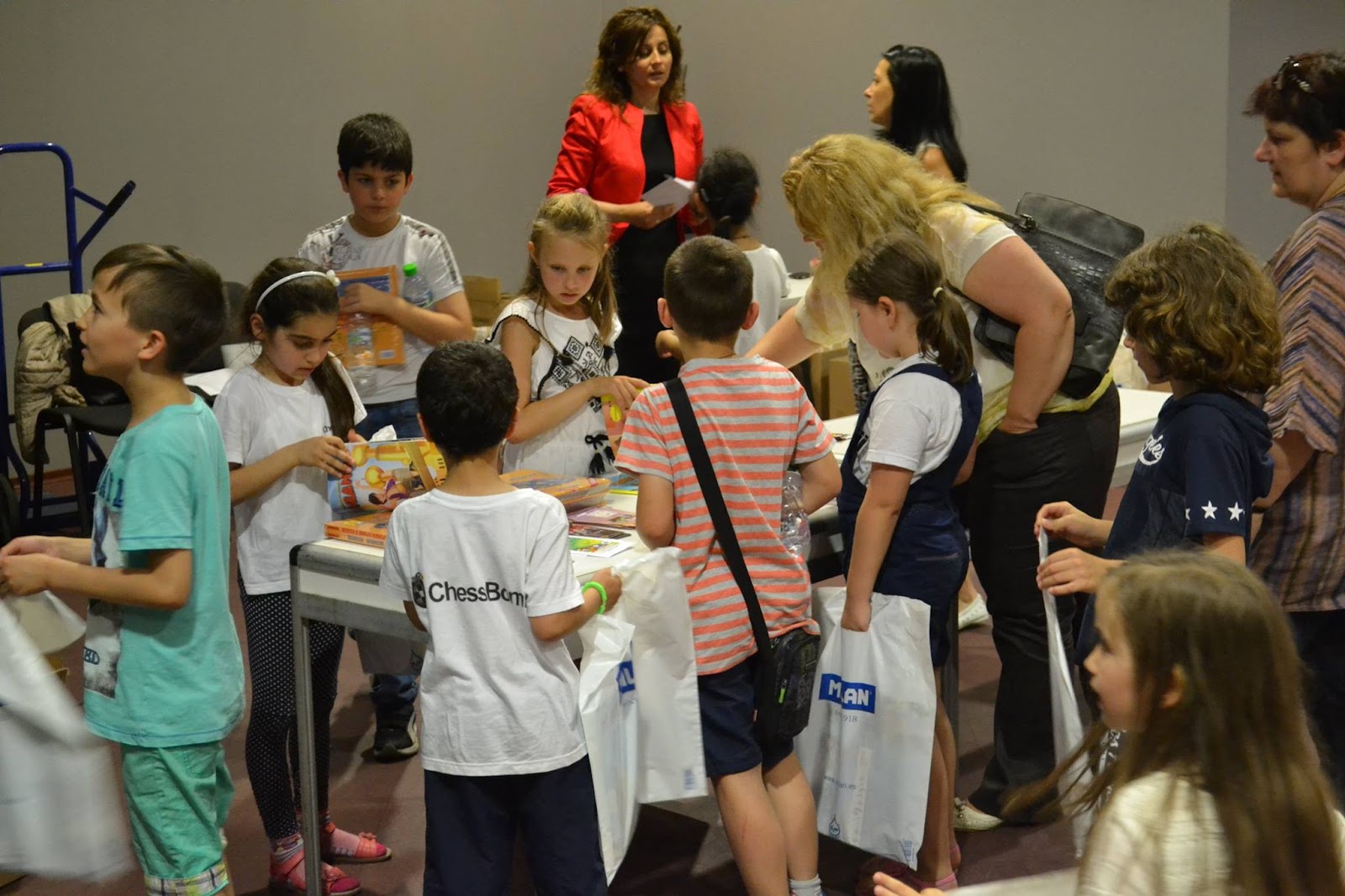 The pleasant surprises, the games in the magnificent courtyard of the Congress Center, the new friendships, the inspirational meetings with grandmasters and the delicious pizza for lunch left all the small participants happy and happy. 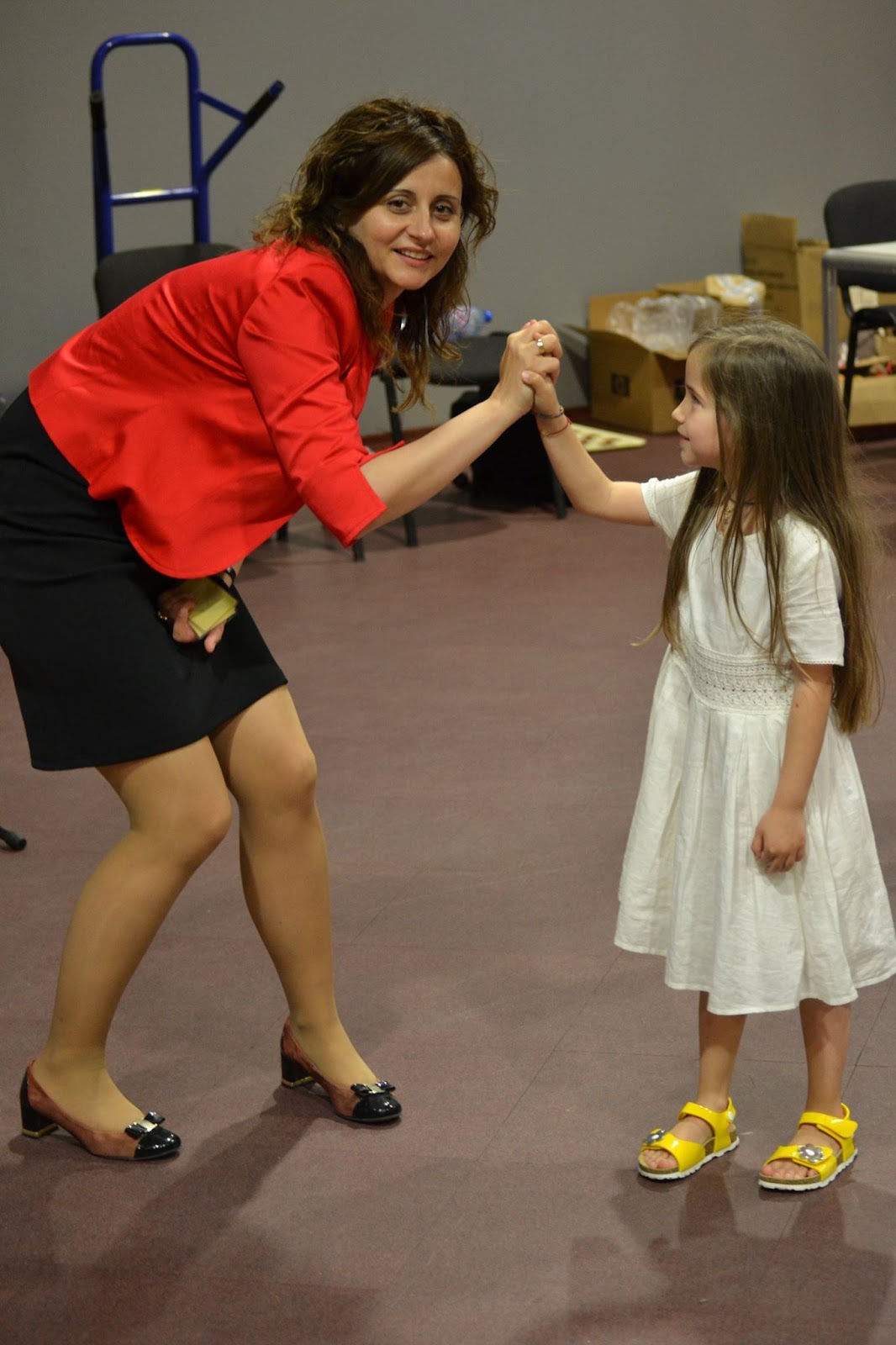 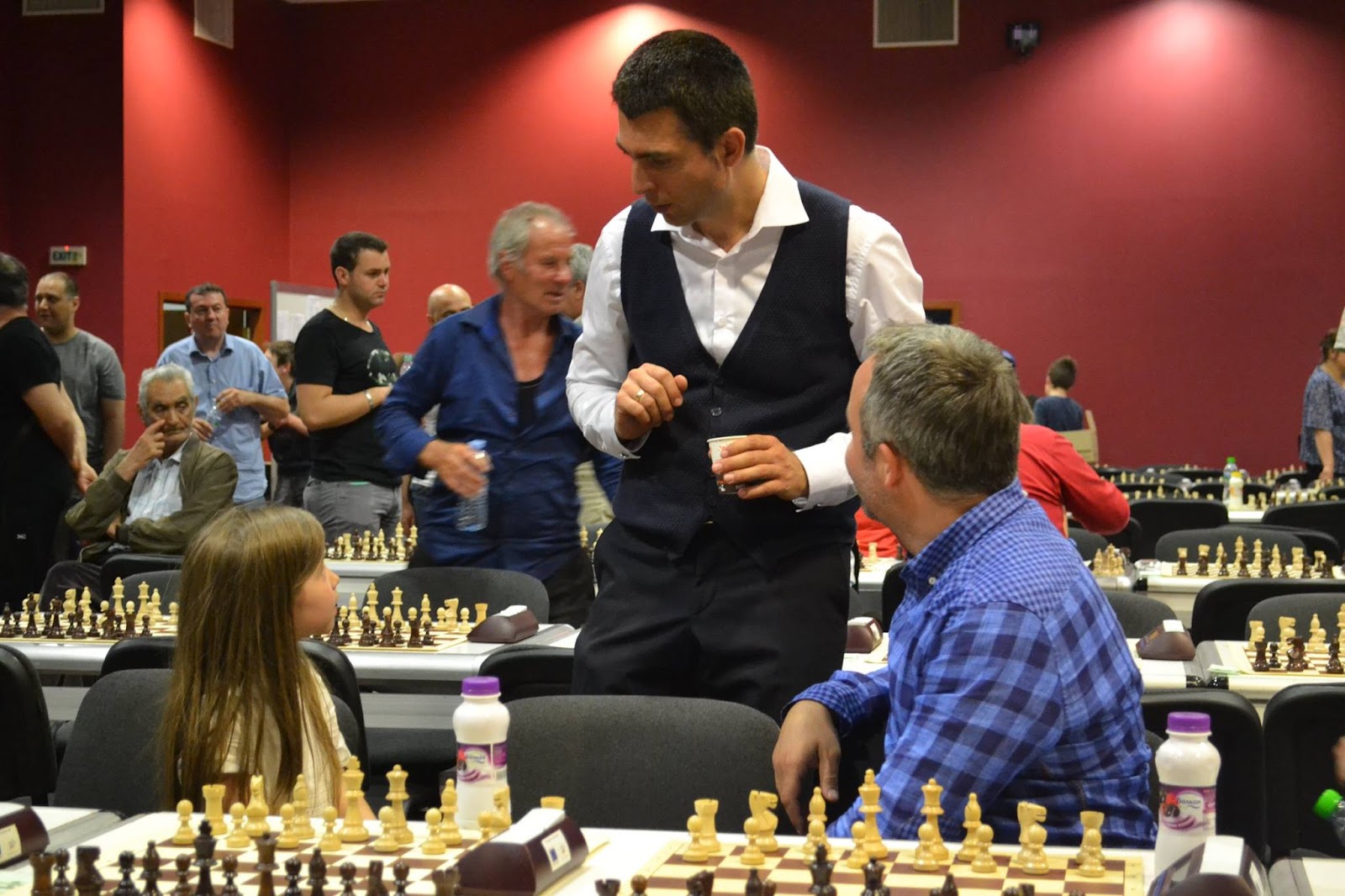 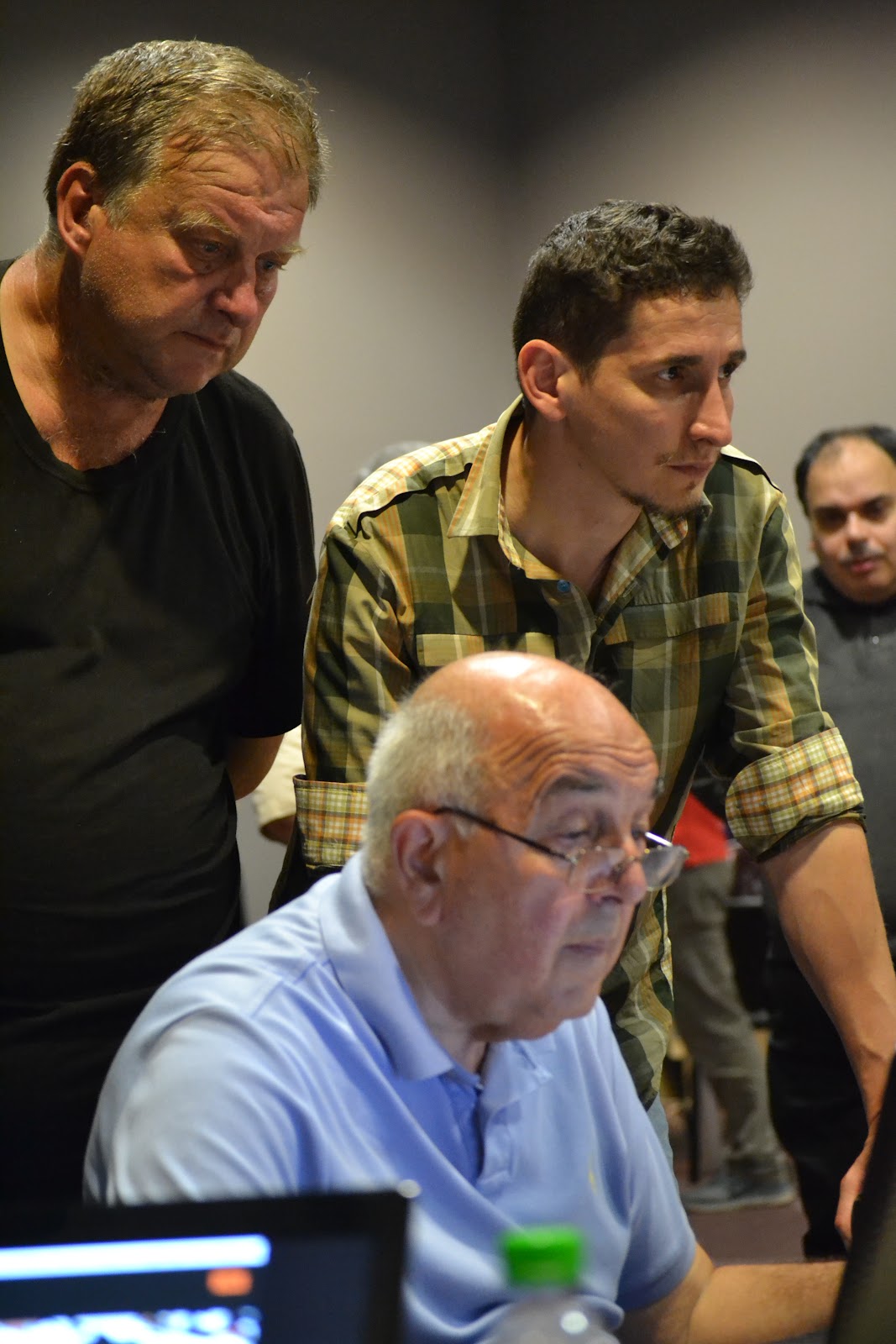 On the closing ceremony the awards were presented by the organizers - GM Alexander Delchev from ChessBomb Plovdiv and Borislav Rizov from the ChessBomb.com chess portal. The winners in the three tournaments, MM Vyacheslav Tilichev, GM Davorin Kuljasevich, Krassimir Brankov, Victoria Bukteeva and Stoyan Stoyanov will be able to to fight with ten of the best players in the world chess elite in the final tournament of the chain - on 16-17 September in Plovdiv.
The prize fund was impressive for a competition of such type - 5000 leva. The tournament took place thanks to the Plovdiv Municipality, the Plovdiv International Fair and the main sponsor - the ChessBomb.com international chess portal.
You can find out more results at http://www.chess-results.com/ and in the commentary by GM Rouzhka Genova. You can learn more for the First festival of the ChessBomb Tour 2017 in the ChessBomb blog. The next tournament of the chain will take place on 01.07.2017 in the Sea Garden in Varna.
Posted at 6:07 PM