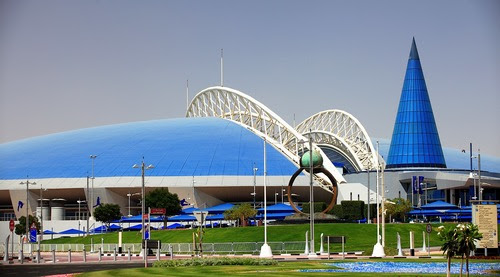 
The 2nd Qatar Masters Open will start on Sunday, December 20 in Doha. The tournament is a (about) 140-player Open Tournament. With the participation of the top-3 of the live rating list (Carlsen, Kramnik and Giri), Qatar Masters 2015 can be considered as the strongest open chess tournament in history.

GM Petar Arnaudov is providing LIVE commentary on the game from round 1 between Magnus Carlsen and Nino Batsiashvili.

One round per day, with a rest day on December 25, after the 5th round. All rounds will start at 3 PM Qatar time (which is UTC/GMT +3), except of the final round, starting at 12 PM.

The time control for each Tournament game shall be 90 minutes for the first 40 moves, plus 30 minutes for the rest of the game with an increment of 30 seconds per move starting from the move 1.