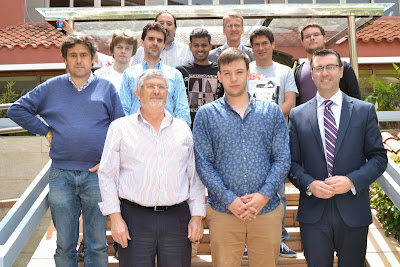 After the end of the chess festival Llucmajor, the tournament Luna Park took place, where 10 players earned the grandmaster title, among players from Spain, India, Russia, England, Denmark and Argentina.

The youngster Adrian Ponce, has been promoted by the FBE and achieved a total of 2.5 points.

The winner of the race is the Spanish Grandmaster Angel Arribas, and has won with 7 points, one point ahead of the second-placed GM of India, Vishnu Prasanna, followed by the English GM Lawrence Trent with 5.5 points.

This tournament ends WinterChess season and first cycle of 2015, with a total of 3 closed and 2 International Open tournaments.
Posted at 1:44 AM